Analysts expect overall IT spending growth to tick up in 2020, and that will be good news for storage vendors. Gartner is projecting 3.7 percent IT spending growth for next year, up from 0.4 percent in the current year. According to John-David Lovelock, a Gartner research vice president, “The slowdown in IT spending in 2019 is not expected to stretch as far into 2020 despite concerns over a recession and companies cutting back on discretionary IT spending.”

For 2020 look for the trend toward flash arrays to continue, although the pace of growth might slow as many enterprises have already upgraded the legacy systems where converting to SSDs was most cost effective. According to IDC’s Worldwide Quarterly Enterprise Storage Systems Tracker, in the third quarter of this year, “Strong double-digit annual growth of All Flash Array (AFA) sales was required to offset declines in the Hybrid Flash Array (HFA) and HDD-Only markets.” Look for the trend toward AFAs to continue into 2020.

Cloud storage remains very important, but the cloud landscape is shifting. Growing public cloud costs and difficulties with cost management are leading some enterprises to move back toward a more hybrid storage model.  In Enterprise Strategy Group’s Data Storage Predictions for 2020, senior analyst Scott Sinclair noted that the majority of enterprises moved at least one workload that was in the public cloud back on premises during 2019. “The long-held perception that eventually all IT will be public cloud-based is starting to fade,” he wrote. “Hybrid cloud infrastructure is the de facto standard of modern IT. And for digital businesses, data is increasing on- and off-premises at similar rates. In other words, on-premises infrastructure will be a significant part of IT for the foreseeable future.”

For the past several years, IT infrastructure has been becoming more software-defined, and that trend certainly isn’t going to disappear anytime soon. Reports suggest the global software-defined storage market could be worth as much as $7 billion in 2020.

The growth in hybrid cloud and software-defined infrastructure are also leading to higher demand for hyperconverged storage. Vendors like Cisco, Dell and HPE are touting hyperconverged storage as ideal for multi-cloud, hybrid cloud and software-defined storage environments, and to a large extent, enterprises are buying. According to Mordor Intelligence, the hyperconverged infrastructure market is growing at a compound annual growth rate of 13 percent, which should continue through 2024.

Expect spending on storage security, particularly cloud storage security, to continue to climb in 2020. “Today’s complex geopolitical environment has pushed regulatory compliance to the top of organizations’ priority list,” noted Gartner. “Overall spending on security increased 10.5 percent in 2019, with cloud security projected to grow 41.2 percent over the next five years.”

Several trends, like data analytics, artificial intelligence, machine learning, blockchain, robotics and the Internet of Things (IoT) are driving a need for ever-greater storage capacities. IDC noted, “A growing share of traditional server/storage spend, for example, is now driven by workloads related to the deployment of these new technologies on the back-end.” 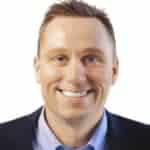